At the 2nd annual 2014 Nitey Awards on February 25, San Francisco proved that, despite the new wave of nouveau riche tech workers and steady rise in gentrification, its diverse nightlife culture remains as artistic and unscathed as always. Honoring businesses in the city’s ever-thriving nightlife scene, the highly-favored, gay club Lookout took home two awards—one of which were one of the largest honors of the entire evening.

Daring to stay true to the city’s roots, The Nitey’s—co-produced by a Commissioner for the San Francisco Entertainment Commission, Audrey Joseph—were held at the iconic Castro Theatre. The popular movie palace, which became San Francisco Historic Landmark #100 in September 1976, hosts repertory movies and film festivals which highly focus around gay and multicultural themes and is located in the heart of the Castro, San Francisco’s gay district. The neighborhood was one of the very first gay cities in the U.S. and is currently the largest.

Castro was a thriving place of expression on Monday night, with members from all spectrum's of the city’s community (straights and gays, alike) running the streets in eccentric costumes that ranged from Roaring Twenties-styled party dresses to the painted-on tuxedo donned by a hunk of a male model, courtesy of the artist Edward Martinez, who created the masterpiece live at the VIP reception.

At the reception, Stoli—a sponsor at the event—supplied  vodka shots from their premium Gold line, accompanied by National LGBT Ambassador Patrick Gallineaux, who was a presenter that night.

“This is fucking fabulous,” Claire Crendlar told DVPix from approximately eight, even nine feet from the ground.  Crendlar was a performer from the Samba Stilt Circus, who gave a live, head-banging intro performance at the dawn of the main show. The burlesque-inspired, drum and dance performance was smothered in all things Castro: lots of feathers, fishnets, and sequins all within a uniformed color code of black, red, and white.

“It’s great to be at an event where people who spend their hard efforts in the nightlife scene are actually appreciated,” said singer Vicki Shepard, who—with plenty of good ole, glittery camp—instructed the colorful audience to “Bend over, hold your ankles, and open wide,” during her funky, pre-show performance. The “All I Ask of You” singer, who became “hooked” with performing for the LGBT nightlife scene after her gay brother encouraged her to perform at a gay club in her early beginnings, is well-known for being the featured vocalist for one of Britain's most sought after, mid 90's production teams The Sleaze Sisters (also known as WAND & The Candy Girls).

“Our restaurant isn’t even on the radar, so to be included in the list of nominees is a total honor,” gushed Selena Donovan on behalf of Kate Bolton, the then-nominee for “Best Mixologist” or bartender. Bolton ended up claiming the award later in the night, for her work at Maven—a hip, American restaurant in San Francisco’s Lower Haight neighborhood.

“We brought lots of [gay] and drag to the living room tonight,”  2014 “Best Drag Queen” winner, Donna Sachet told DVPix at the after-party, which was held at gay bar Beaux.

As said by a presenter during the ceremony, “These people have lived the nightlife.” If one thing was apparent, it was that San Francisco truly “brought sexy back,” at the Niteys Awards on Monday night. And indeed, they did.

See all the photos from the awards from the link below 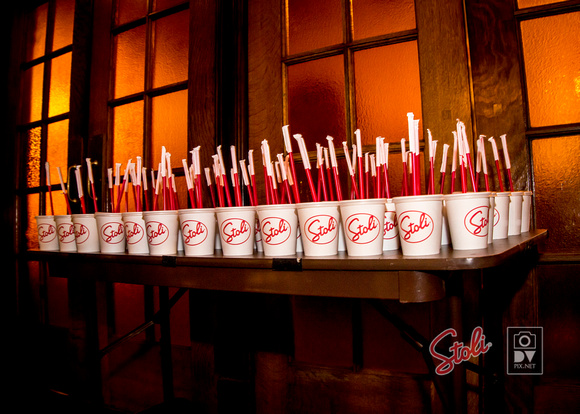